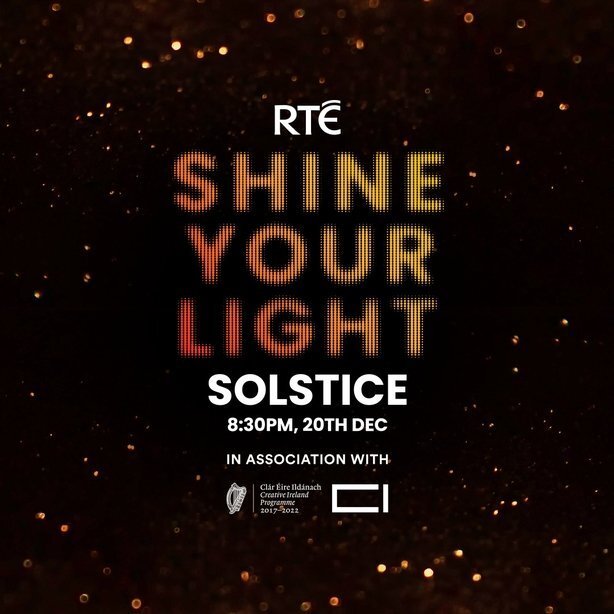 Athena Media won a competitive tender to produce a landmark celebratory radio show on RTÉ Radio 1 December 20th 20:30-21:30 as part of the national call to Shine Your Light which is a collaboration between RTÉ and Creative Ireland. The radio show will be produced by Helen Shaw and presented by Ruth Smith with digital content by John Howard.

Presenter Ruth Smith hosts a celebration of finding the light in the darkness, marking the winter solstice, at the close of a year of struggle and loss, coinciding with the national public call to ‘shine your light,’ on the evening of December 20th. The programme marks the year we’ve passed through and the birth of new light, both in the Winter Solstice, and in our own hopes and dreams for 2021.

The radio show brings together some of Ireland’s most talented and inspiring voices and artists, in words and music, including Saint Sister in harmony with Lisa Hannigan, Felispeaks in collaboration with Jafaris, a new work by spoken word artist Stephen James Smith and DJ Kormac, Aaron Monaghan performing Patrick Kavanagh‘s Advent poem, with the music of composer Linda Buckley.

Ruth also reunites with her own singing sisters The Evertides (Alma Kelliher and Ruth McGill) to re-create their song ‘Silence Falling’. Through the show Ruth weaves the story of not just the winter solstice but of Ireland in 2020 and drops in recorded elements of short interviews and audio packages, including why so many have taken solace in sea swimming this year, and listens to primary school children on the magic of a winter night.

Ruth hears from Dolores Whelan, the great female revivalist of Celtic wisdom, that this time of year is one of new light and new beginnings, and how the Celts saw it as a time to reflect and grow anew.