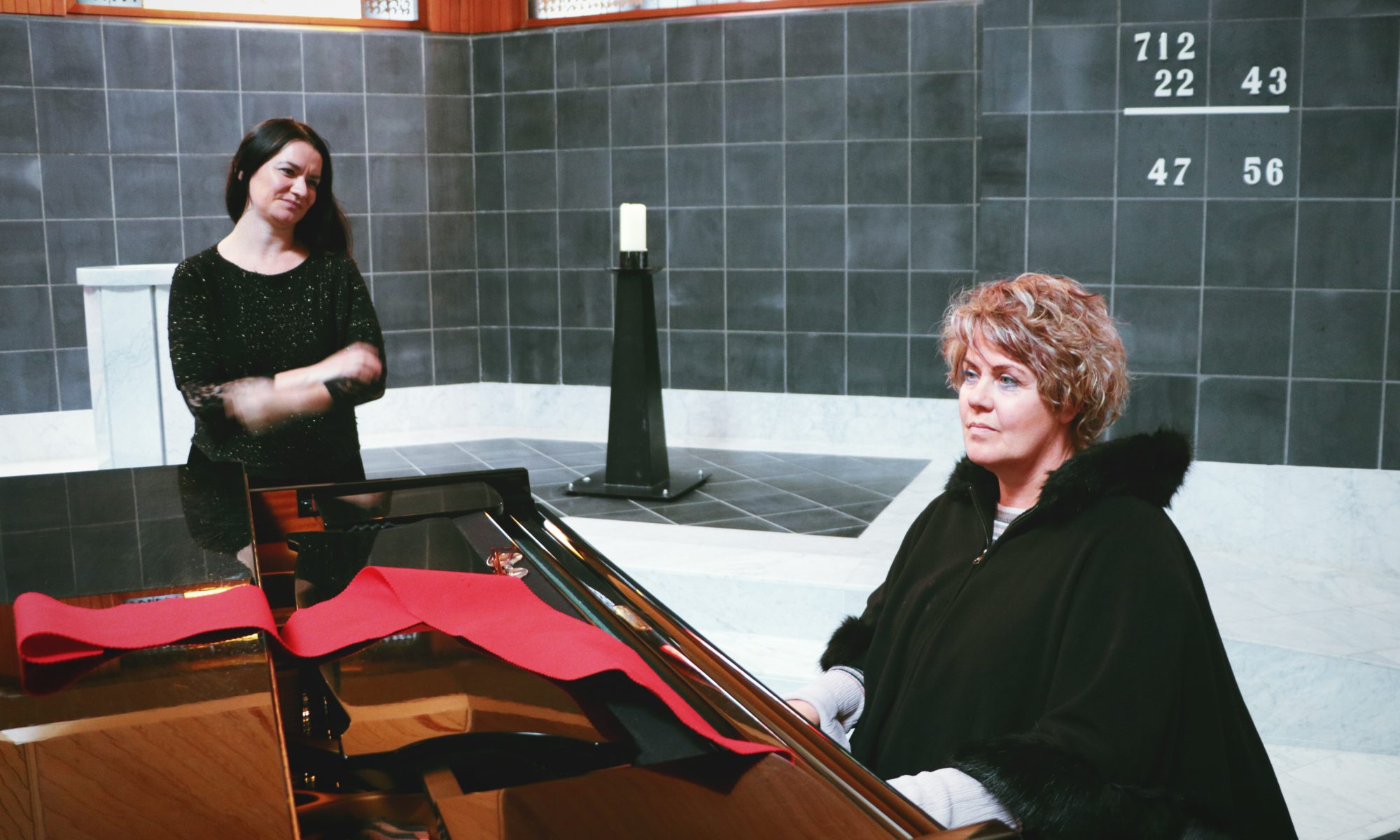 It’s a story of Vikings and slavery, of women silenced in history and how science is giving truth to their lives, and their legacy.

Linda Buckley, who grew up on an isolated dairy farm on the Old Head of Kinsale, has long been fascinated by Iceland and Icelandic music, particularly Björk and Sigur Rós.Long before going there, she began writing music influenced by both Iceland and its language. “When I went to Iceland in 2014,” she says,

“I really felt that many aspects of the landscape there connected to here as well. I remember walking down the street and seeking people who looked quite like me, and thinking what is this about? And being quite puzzled by it. And then seeing a lot of girls with long red curly hair and freckles and thinking these look more Irish than the Irish themselves, and what’s happening there?”

So when Athena Media producer Helen Shaw contacted her about working together on a project to explore what connects Ireland and Iceland, Linda was immediately interested. ‘In a way, I felt like it was this imagined world within me, where those places were very linked, and now it’s so amazing to discover there is an actual reality to this, and I wanted to learn more about that’.That journey, to unravel a thousand-year-old link between Ireland and Iceland, digs deep into 9th Century Gaelic Ireland, during the age of the Norse settlement. By the end of the 9th Century, Norsemen head north to an uninhabited land they call Iceland and take with them Gaelic slaves.

In Reykjavik Linda meets scientist Dr. Kári Stefánsson, of DeCODE Genetics, the force behind the groundbreaking genetic research which shows how the majority of the women in the settlement of Iceland were Gaelic. While Iceland had traditionally seen itself as Norwegian and Viking in its origins, the DNA studies have prompted a shift in thinking.

“There are very significant events that indicate we were different from the Norwegians,” he says –

“We started to write books before them… So I think people have had all kinds of reasons to question we were not pure Norwegians. I think we have looked at ourselves as a nation of writers, people of literature, and I think we have always felt that came with a Celtic mix, so it came from our mothers, not our fathers!”

Watch: Arnhildur Valgarðsdóttir ‘Adda’ – Organist, Pianist & Choir Director
Linda says that in Iceland “you meet so many people that are musicians and poets and who work in so many different facets; I feel they are allowed to do this, it’s very much part of the culture here. There’s no pigeon-holing, strait-jacketing into one area of the arts, you can really embrace who you are”.Find out more about the Mother’s Blood, Sister Songs project here.