Vocal Chords is a multi award winning music documentary series made by Athena Media for RTÉ Lyric fm presented by one of Ireland’s most acclaimed sean-nós singers Iarla Ó Lionáird made with the funding support of the BAI and the TV licence fee. The initial project, in 2015, An Odyssey of the Human Voice, maps a global exploration of the power of song.

In a sonic journey across the world Iarla and the production team, including Robert Hope and Michael Gallen, recorded the stories and journeys of vocal experiences from South Africa to Siberia. The series posed that eternal question of

‘Why do we sing, and what happens when we sing?’

Following from that initial five part series, the production team created a second strand Vocal Chords In Conversation where Iarla meets and records with outstanding singers and discovers their motivation, influences and their life’s relationship with their voice and singing.

We started with Peter Gabriel (2015) and then added episodes with Sinead Ó Connor, Christy Moore, Julie Fowlis, Paul Brady, Peggy Seeger and Maighread & Tríona Ní Dhomhnaill. On October 29th 2017 our latest episode with Glen Hansard is broadcast on RTÉ lyric fm at 6pm with future editions due with Linda Buckley and Veronica Dunne.

The series has Gold three times at the New York Radio Festival – first in 2016 for the initial 5 part series, then in 2017 for the Paul Brady episode and in 2018 for the Peggy Seeger episode. 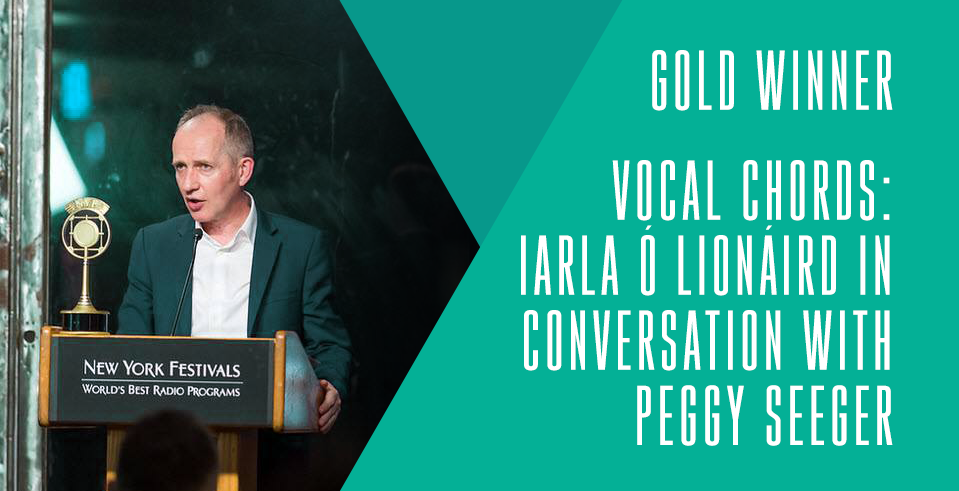 The prototype for the In Conversation series with Peter Gabriel won Silver in New York for global music programme in 2015. It has also been recognised at the Celtic Media Festival (2016) for the episode ‘Singing Our Way Home‘.

All episodes in the projects are available on the website or via iTunes/RSS as podcasts.